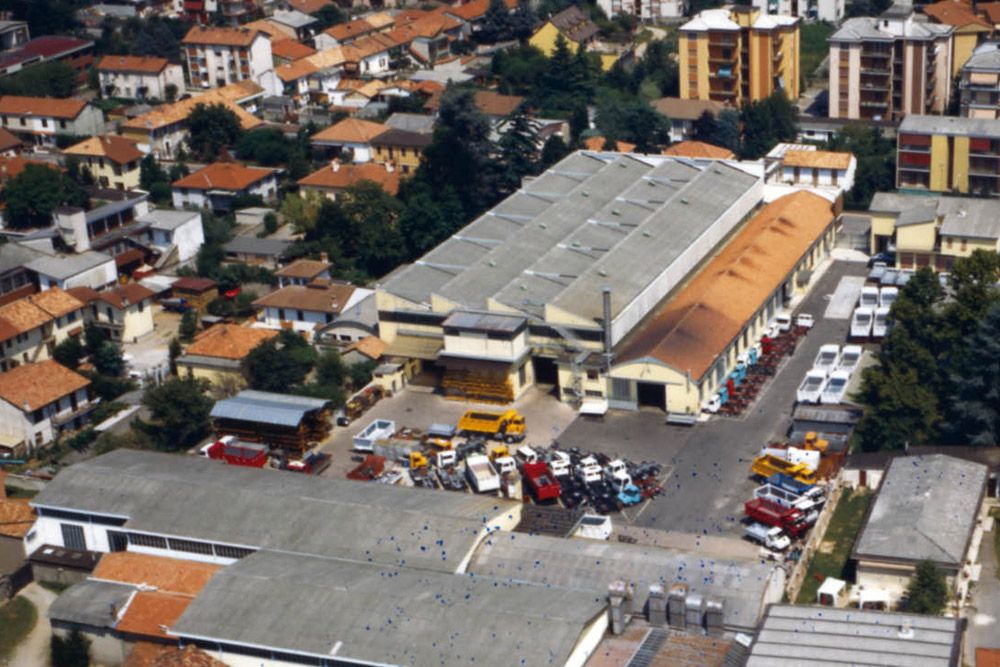 "Our passion started a long time ago."
Cantoni & C. Company was founded during the reconstruction period in 1953, by Marco Cantoni in Boffalora Sopra Ticino (MI), working with the processing of Anglo-American trucks. Over the years, the Company specializes in the production of tipping bodies/dump trucks, acquiring a mindset and an industrial technology.
In the 70s a subsidiary Company was established in Libya, where they live years of booming economics, only interrupted by political events.
It becomes leader in the tipping bodies production in Italy and in few years it cuts out itself a considerable space in the market of the most developed European areas and also in the emerging markets of East- Europe and North Africa, implementing services, after-sales and delivery of tippers as mounting kits. The Company currently employs 70 people and the current productive capacity exceeds 2000 units per year.